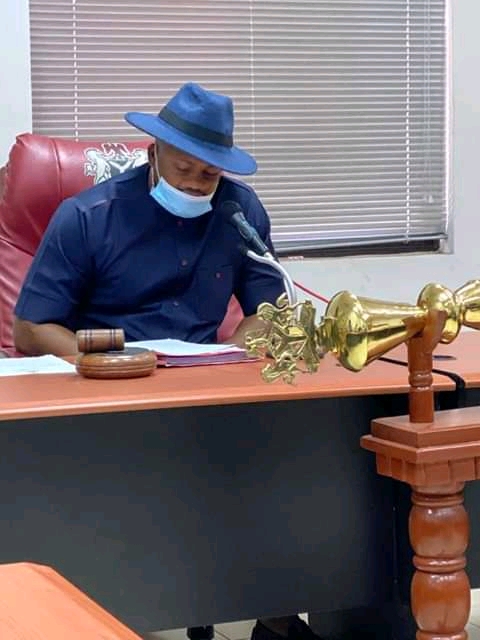 The impeachment letter was signed by 9 out of the 10 lawmakers present at plenary Monday morning.

The plenary held at the Government House, where sittings have been holding since the shut down of the Assembly complex by Obaseki claiming it is due for renovation.

The impeachment is coming barely a month to the inauguration of Governor Godwin Obaseki for a second term in office.

Okiye, who only recently defected from the All Progressive Congress to Peoples Democratic Party, was accused of financial recklessness.

Content Cloud Quest Slots Play Cloud Quest On Any Of These Top Casino Sites; How To Play When one monster is slain, the player will go on to the next one having received 3 additional bonus spins. In this additional spin, the player gets more wild symbols than usual. If the combo has 3 symbols, […]


Notice: Trying to get property 'queue' of non-object in /home3/sephoran/public_html/wp-includes/script-loader.php on line 2740

Warning: Invalid argument supplied for foreach() in /home3/sephoran/public_html/wp-includes/script-loader.php on line 2740