Instagram comedian Isokoboy has cried out for justice after his sister was allegedly killed over a land dispute in Delta State.

The comedian said the land dispute has been on for years and the state government has done nothing about it.

Isokoboy also revealed that while his sister who is a mother of five was killed, her husband escaped with gunshot injuries.

Everybody tag @iaokowa @dsgovernment my sister and many others were killed yesterday over a Land Dispute! This land dispute has been on for years and the state Government ain’t doing anything about! Cos I don’t understand why two communities would killing themselves over a land and the Government isn’t doing anything to end it.. it’s been 3 years of killing #IgbideandEnwhe 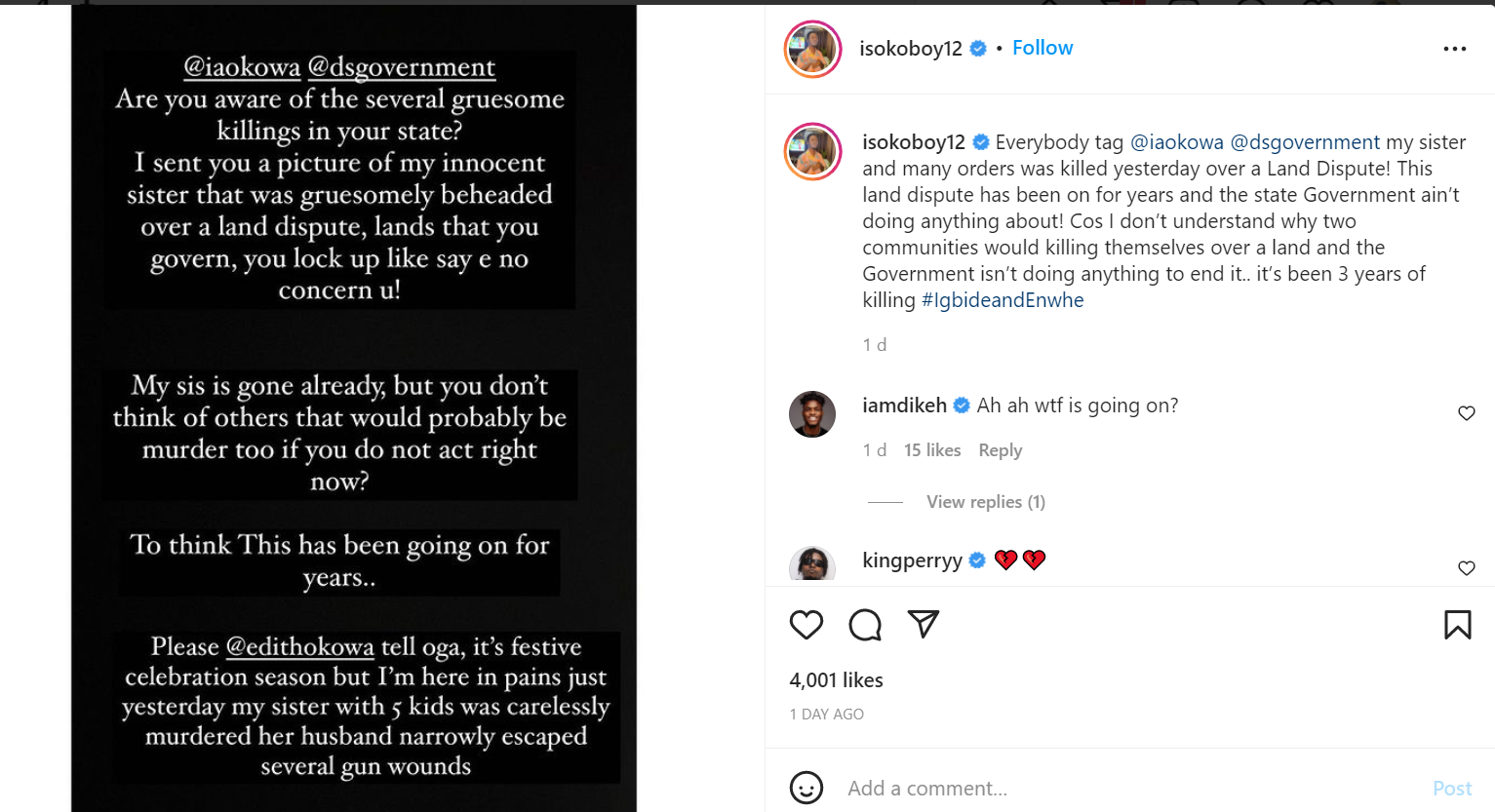 Sharing a photo of his deceased sister on the ground, the comedian asked the state government to seize the land so peace can reign in the warring communities.

@iaokowa @dsgovernment na my sister wey Dem kill cos of land wey you Dey possession of they ground so! Dem Beheaded a woman who birth 5 children already cos of land! I send you this picture and the story behind am you lock up and feel say e no concern you! Meaning say the lives of the state people no concern you! Big shame.. Government make una come seize this land make peace reign! Build police station there, these communities no get police station you can also imagine the crime rate in these places… everybody make una help me beg the state government make dem come to our rescue Abeg… 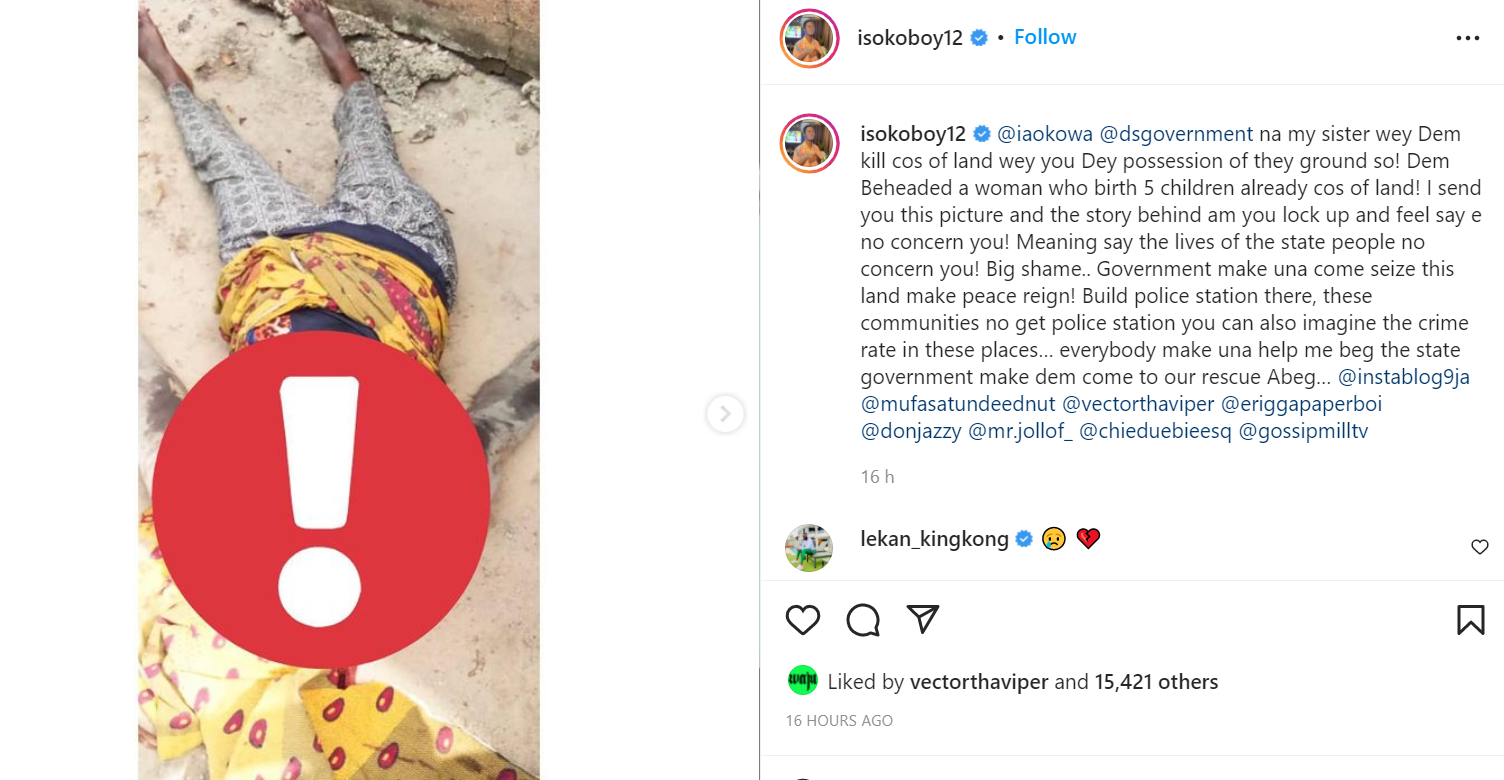 Big Brother Naija former housemate, Tega Dominic has slammed fans who faulted her lifestyle because of her celebrity status. In a series of videos on her Snapchat on Wednesday night, the reality TV star Tega Dominic noted that her fans wanted her to live a fake life. In her words, Tega Dominic said: So today, I’ve been […]

Mercy shares beautiful new photos as she vacates in Paris.

Ex BigBrother Naija housemate Mercy Eke has shared a beautiful new photos of her self as she vacates in Paris France. The CEO of Mercy Homes and Ex BigBrother Naija winner shared the photo on her social media page with a caption which reads, “City of love❤️” Mercy is has been enjoying a successful career […]